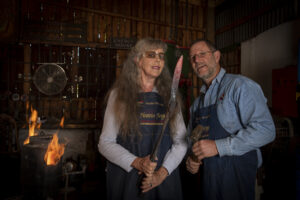 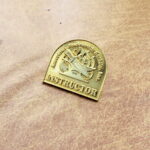 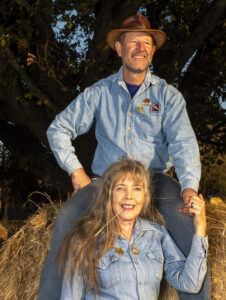 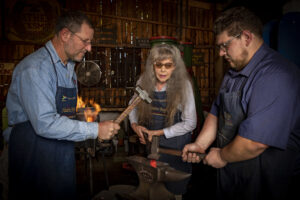 "Heavin" is a combination of our first names, HEAther and KeVIN. 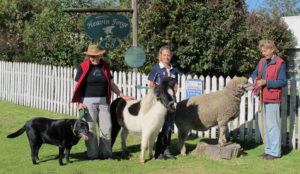 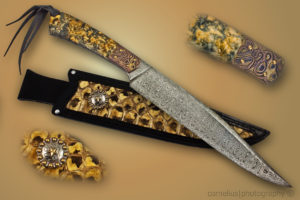 Kevin specializes in collector grade Bowies with an old-style flavour using
predominantly natural handle materials and made from his own Damascus steel.
He also makes daggers and fighters regularly.  More recently he is
embellishing work with his own engraving and his sheaths are distinctive, often using exotic leather inlays.  Among his most remarkable awards are the BR Hughes award for best knife submitted for review by a new Mastersmith applicant and the Historic Bowie Knife Association award for best Bowie by a Master Bladesmith at the Atlanta Blade Show.  In South Africa, he has twice won Best Knifemaker on Show and numerous awards of excellence for knives in Fighter, Dagger and Historical categories.  On one occasion even Best Art Folder - an unusual entry for Kevin. 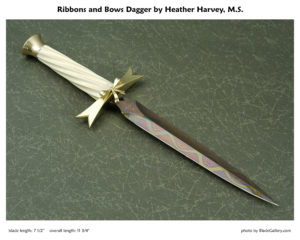 Heather particularly enjoyed making traditional African weapons which included spears, sickle swords and axes in her own Damascus steel.  One of her assegais (Zulu spears) was used on the cover of renowned author, Wilbur Smith's book "Assegai".  Wilbur Smith also used one of her African Swords on the cover of the reprint of his first book "When the Lion Feeds".  She also
made primitive "Mountain Man Folders" usually with an old coin on the handle.  She also made wedding bands and other jewellery from her Damascus. "Made and enjoyed" in the past tense as she is no longer able to work in the forge due to permanent injuries to both hands. Their work has been published in many knifemaking books and publications. 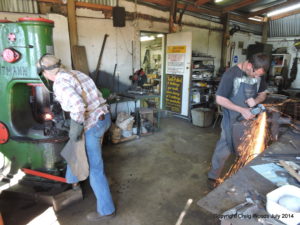 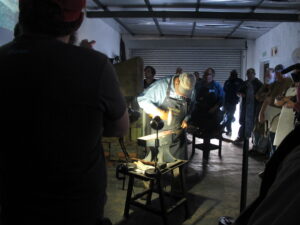 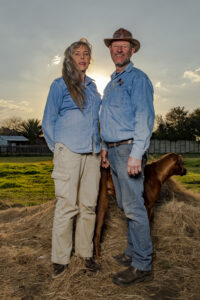 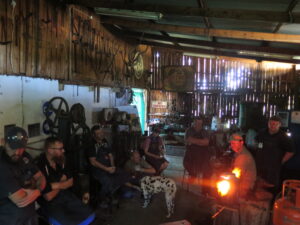 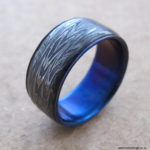 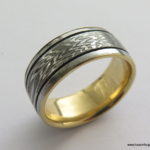 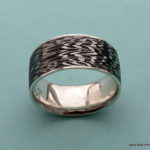